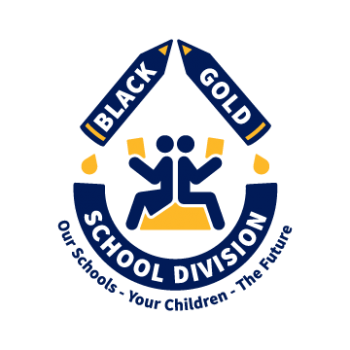 Black Gold School Division (BGSD) offers Early French Immersion in its Beaumont and Leduc Family of Schools with the objective of providing full mastery of the English language, functional fluency in French, as well as an understanding and appreciation of the French culture. BGSD’s Early French Immersion program is a highly effective way for students to become functionally fluent in French while achieving all of the objectives of a regular school program. Early immersion means that students will begin their immersion experience in Kindergarten or Grade 1 and continue in the program to Grade 12.

French immersion students are required to learn the same curriculum as students registered in the English program. The only difference is that they learn about math, health, science and social studies in French. In addition, they take French Language Arts.

Early French immersion is the first step in your child’s journey towards acquiring another language and gaining an appreciation of its culture. At the same time, it offers the possibility of a range of other cognitive, social, cultural and economical benefits.

Graduates from BGSD’s Early French Immersion program achieve a level of fluency in French that allows them to pursue their post-secondary studies in French or to accept employment in a workplace where French is the main language of communication.

Many of our schools offer Early French Immersion beginning in Kindergarten or Grade 1 and continue in the program to Grade 12.

For more information regarding Early French Immersion your first point of contact should be the local school. Visit “Find a School” to determine your child’s designated school.

OUTSIDE OF LEDUC OR BEAUMONT

If your child resides outside of Leduc or Beaumont they may also access a Early French Immersion Program as a School of Choice Student, meaning that they will attend a school that is not their designated school. Transportation may or may not be available and additional transportation fees may apply.  In order attend a School of Choice, you must receive permission from the applicable school’s principal.  You should also communicate directly with the BGSD Transportation Department regarding transportation options.

What are the benefits for my child?

According to Alberta Education, after completing the BGSD’s Early French Immersion program, your child will:

According to Alberta Education’s French Immersion Kindergarten in Alberta: A Handbook For Parents, recent studies show  that learning another language can not only have a positive impact on your child’s first language, but also that it actually enhances learning in all areas. Current research has shown that exposure to a second language can:

After learning more than one language, your child will also have a greater ability to learn additional languages.

Where can I find out more?

Alberta Education also has a vast amount of resources located on its website.